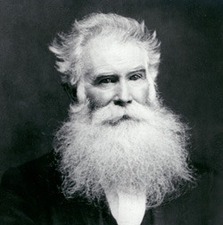 Facial hair seems to be a sort of controversial topic in LDS culture. No. Really, it is. When you talk about it, you usually get two clear positions: Those who believe we should follow the Brethren with regards to dress and grooming and others who believe it is a personal decision that should be left up to the individual (I am sooo glad I am NOT a man!). The last prophet to have a beard was George Albert Smith.

Every Church president starting with Brigham Young (thank you Joseph, I think you looked amazing without one) up to George Albert Smith grew beards. Except Lorenzo Snow and Joseph F. Smith, all of them had what I would refer to as “manageable facial hair”. I really wonder though how long it took for President Snow and President Smith to take care of their beards. When Lorenzo Snow was serving time in jail, he received permission to keep his beard after doctors advised that shaving it would adversely affect his health (under prison rules, facial hair was shaved once a week).

The 1850s and 1860s was known as “The Golden Age of Beards” a time when a beard was a primary sign of wisdom, independence, masculinity, authority and honor. There are a few early Saints who had interesting beards to say the least. Let’s take a look at some of my favorite ones: 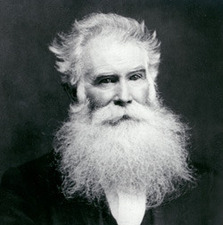 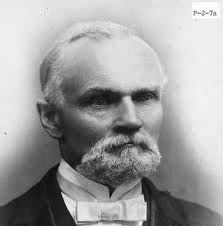 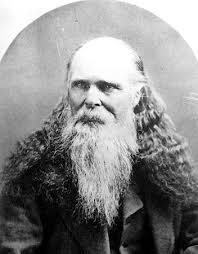 After being nine months in prison, Joseph Smith blessed Porter and told him that as long as he was faithful to his covenants that nothing would ever harm him, he also told him that in token of accepting this covenant, he should never cut his hair or beard.

I wonder though how exactly Brother Reynolds, Orson Pratt, Lorenzo Snow, Porter Rockwell and others would eat our present spaghetti and meatballs or chocolate pudding? I can only imagine how messy that would be!

But we are back in 2013 and facial hair seems to be frowned upon by some leaders still. I really don’t know why. I am not a fan of beards myself (no people, I never had one) but I mean I am not particularly crazy about them although a goatie is quite nice if you ask me (againnn, not for me). As long as it is kept nice and neat, what is the problem? We are not in the 1960’s anymore.

I heard about following the Brethren’s example on this. The thing is, personal grooming for me is”¦well”¦PERSONAL and as much as I understand the need to be clean and neat and as much as I respect our dear brethren, I think most people are quite capable to take a decision like that on their own. And some of those decisions might well include a beard or a mustache. Or BOTH.

Disobedience? (Against what commandment?). One thing for sure, I won’t be wearing one anytime soon.

This site uses Akismet to reduce spam. Learn how your comment data is processed.